Pulse List: Meet the beautiful wives of some of your favourite Nigerian celebrities - JustBaze

Pulse List: Meet the beautiful wives of some of your favourite Nigerian celebrities

Okay, guys, here are ten beautiful wives of some of your favourite celebrities you need to know.

They say behind every successful man is a woman, even though that statement sounds controversial, we can’t take away the fact that for a lot of men, their success stories are deeply connected with their wives.

One thing male celebrities have in common around the world is settling down with or dating very pretty partners.

We are talking about women that have created names and brands for themselves before and after getting married to celebrities.

For these beautiful women, despite having kids and busy schedules you can’t but notice their beauty, class, and style.

Okay, guys, here are ten beautiful wives of some of your favourite celebrities you need to know.

Elsie Okpocha is the wife of unarguably the biggest comedian in Nigeria, Bright Okpocha also known as Basketmouth. She isn’t just the pretty wife to Basketmouth but the mother of two of his three children.

Elsie Okpocha is the wife of unarguably the biggest comedian in Nigeria, Bright Okpocha also known as Basketmouth [Instagram/ElsieOkpocha]

A visit to her Instagram page gives you a clear view of how industrious this beautiful mom is. An obvious gym rat, Elsie has the figure to die for and doesn’t look like she is going to stop visiting the gym anytime soon.

Elsie runs a series of thriving businesses in Lagos [Instagram/ElsieOkpocha]

Elsie isn’t one of those stay at home moms as she runs several businesses in Lagos. If you are trying to get someone to style you for that special occasion, then Elsie is your best bet. She also runs a popular eatery in town.

Nigerian singer, Kingsley Okonkwo also known as Kcee has always been one person who keeps his personal life off social media. However, the music star about a year ago surprised many when he shared photos of his beautiful family.

Ijeoma and Kcee are blessed with two beautiful children [Instagram/MisseIjay]

One person that caught our attention was his wife, Ijeoma. For those who aren’t aware, she is the mother of his two adorable children. It is not clear when they got married.

Ijeoma like the other ladies on this list is a busy bee as she runs several businesses including an event planning company and is part of some non-governmental organisations. Ijeoma is certainly one of the prettiest celebrity wives.

When the defunct group Psquare kicked off their music careers almost two decades ago, not many knew the women in their lives. For a lot of people, their sudden rise to stardom and enormous wealth was going to make it difficult for them to settle down.

Well, Paul Okoye remained in a very private relationship with his longtime girlfriend, Anita. The two got married in a very beautiful wedding in 2014 and have three children together including a set of twins.

Anita is one of those celebrity wives that despite being on a very lowkey, has a lot of fans on Instagram. Not surprised that her page isn’t only verified but filled with photos of her family and her clothing business. She is also the co-founder of a lifestyle media company.

Kris Asimonye Ugboma is the beautiful wife of one of Nigeria’s talented and spontaneous comedian, Bovi. While some of the spouses of some celebs are known to hide for obvious reasons, that isn’t the case here as Asimonye is a known face in the fashion industry.

Kris Asimonye Ugboma is the beautiful wife of one of Nigeria’s most talented and spontaneous comedian, Bovi. [Instagram/KrisAsimonye]

She is the creative director of a clothing line where her expertise with the scissor and tape knows no bounds.

If you are an ardent follower of Bovi on social media then you’d be familiar with his now-famous daughter, Elena. Kris also manages her famous daughter’s YouTube page.

Every year new celebrities emerge on the scene from various aspects of the entertainment industry. In 2019 after the fourth season of Big Brother Naija, a new set of celebrities were born including the first runner up of the show, Mike Edwards.

Edwards who resided outside the country introduced everyone to his beautiful wife, Perri Shakes-Drayton just before he entered into the reality show and she has since become a darling to many [Instagram/ItsPsd]

Everything about the reality TV star felt right as fans loved him especially the ladies. Edwards who resided outside the country introduced everyone to his beautiful wife, Perri Shakes-Drayton before he entered into the reality show and she has since become a darling to many.

Well, she’s not just a wife of a reality star but a very famous athlete in the United Kingdom. 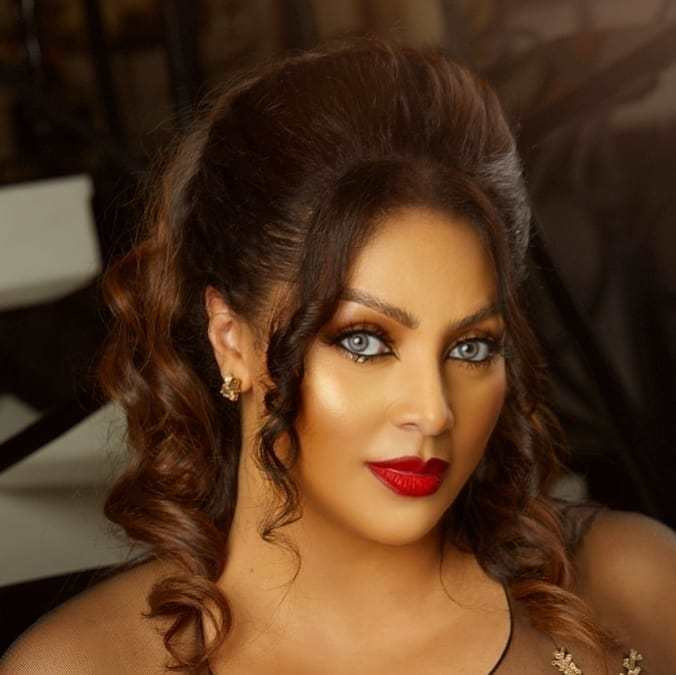 Probably the most popular on this list, Lola Omotayo-Okoye was already a big shot in the corporate world before she hit it off with Peter Okoye of the defunct Psquare. 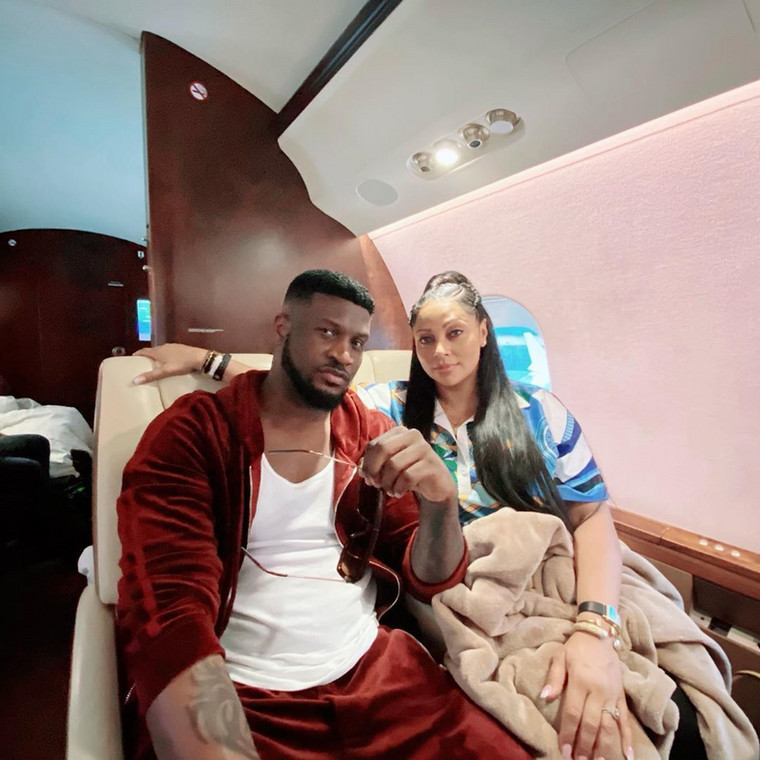 The two dated for years and got married in 2013.

If you say Lola is the prettiest celebrity wife in town, we don’t think anyone would argue with you. She is not just Peter’s beautiful wife but the mother of his two cute kids, Cameron and Aliona. She joins the list of the few celebrity wives with verified accounts on Instagram. 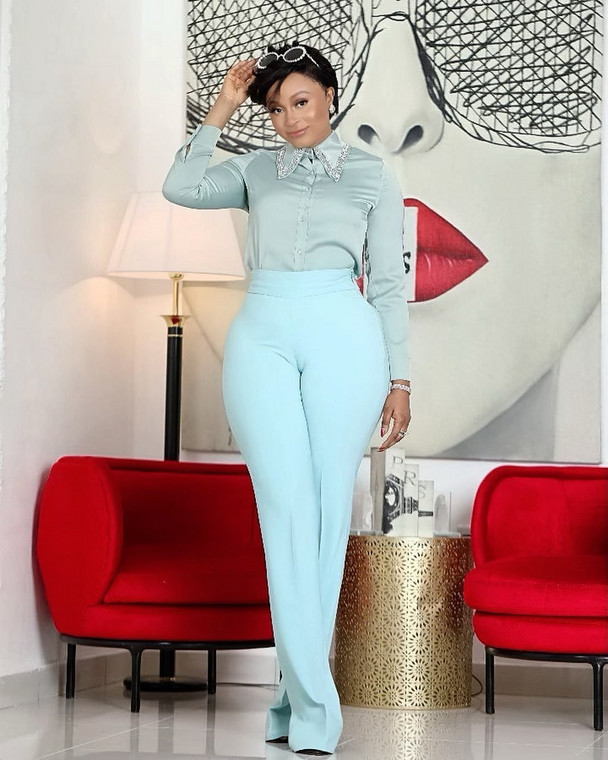 One of the most admired marriages in the entertainment world has got be that of comedian, AY, and his wife Mabel Makun. These guys got married about twelve years ago and they have a very beautiful daughter. 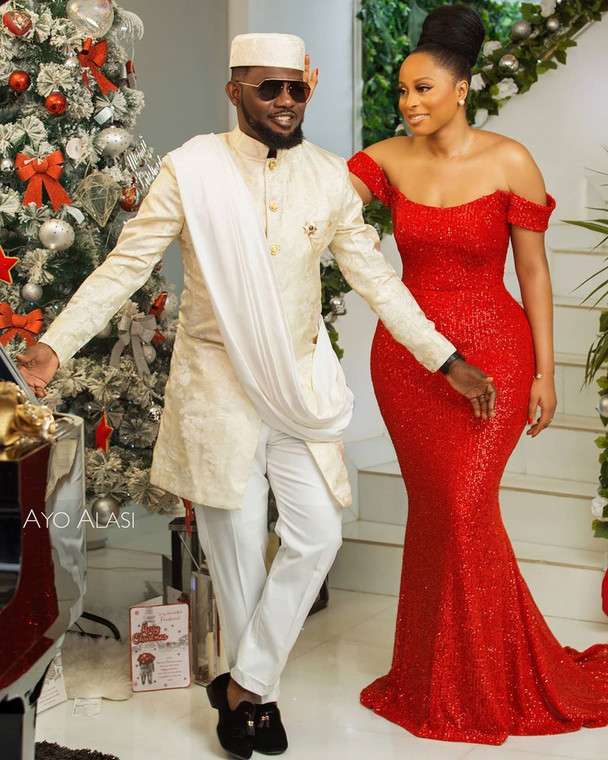 Okay, guys, there is no way we are going to talk about Mabel without referring to her banging body. Mabel has the look to die for and even recently came under fire for reportedly going under the knife, a story the couple refuted. 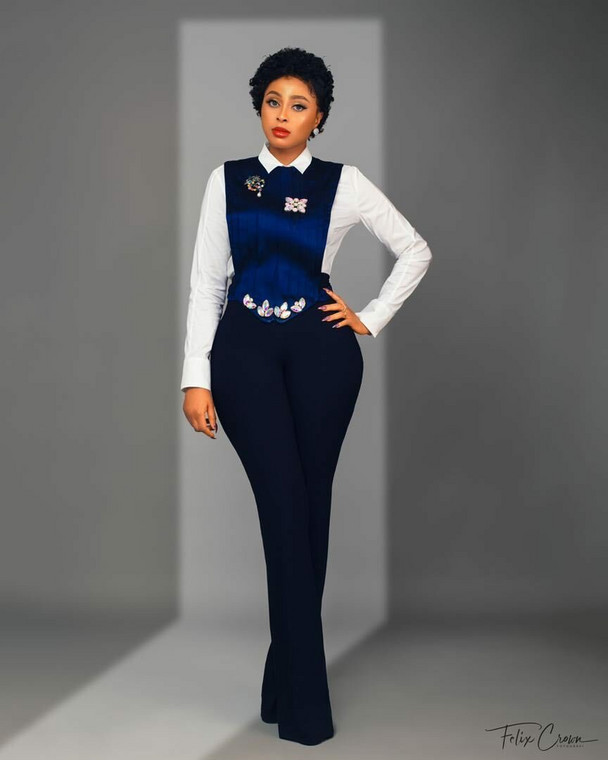 She runs one of the most successful interior decoration companies in the country. She remains a huge influence in her husband’s career as it is reported that they had been together even before the big bucks started rolling in. 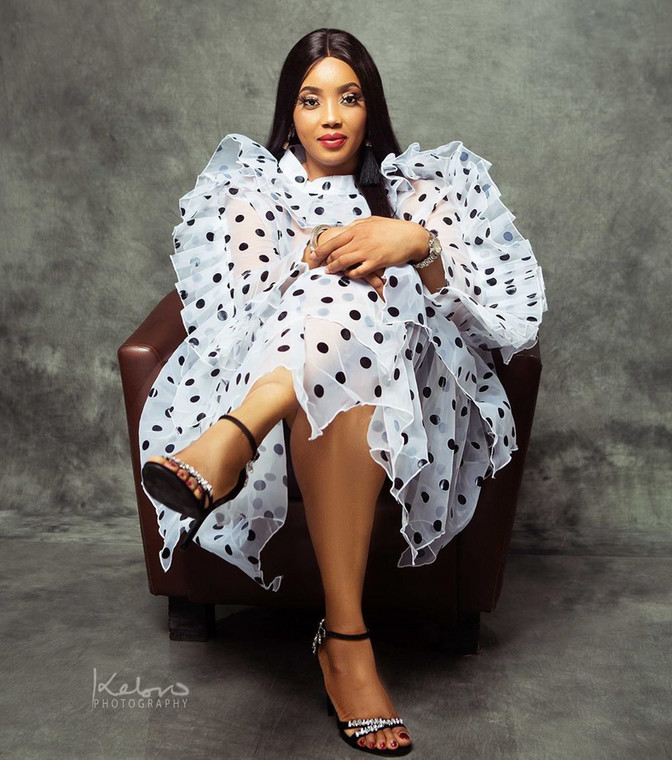 Bunmi Ninalowo is not as popular as the other celebrity wives on this list but she has got the look that can turn anyone around in the room. Bunmi is the wife of Nollywood movie star, Bolanle Ninolowo. 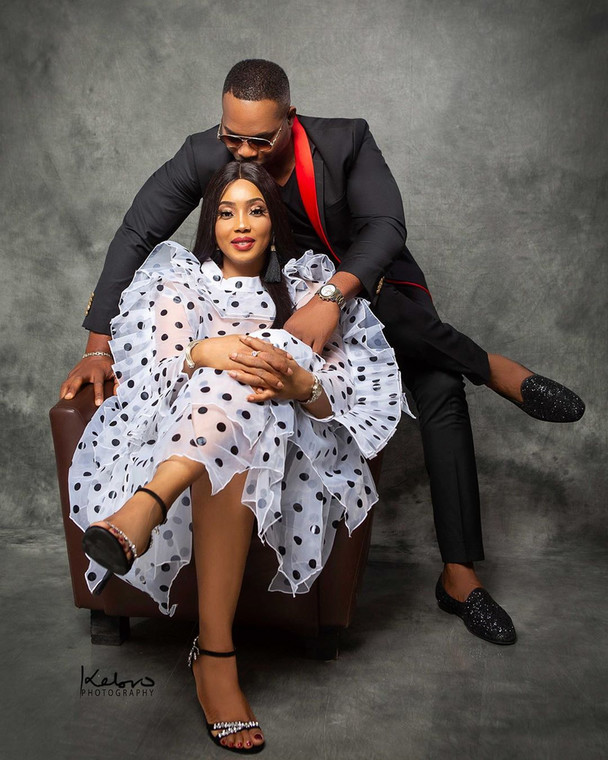 Bunmi is a businesswoman and the mom of two adorable kids. 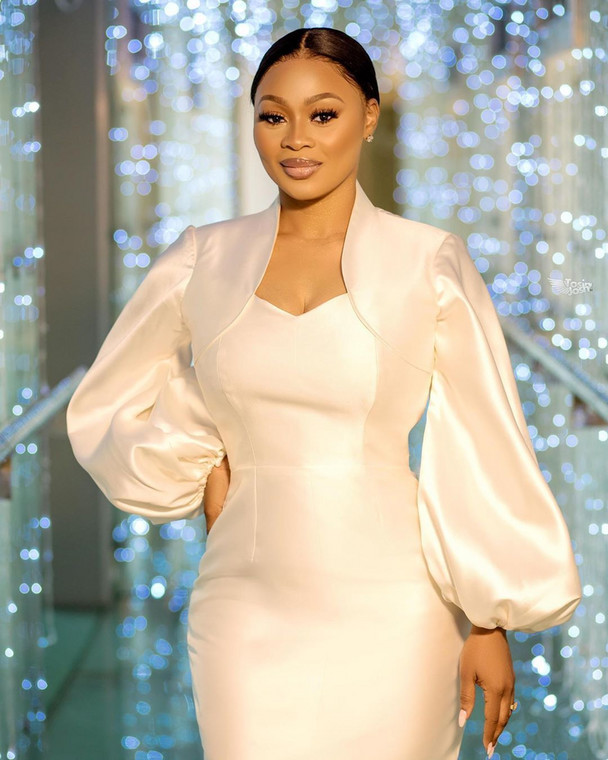 Olasunkami Ajala Akande is probably the newest member of the ‘celebrity wives club.’ Sunkami is the wife of Nigerian music star, 9ice. The interesting mix about this union is that these guys dated for a while, welcomed a daughter and decided to get married years after. 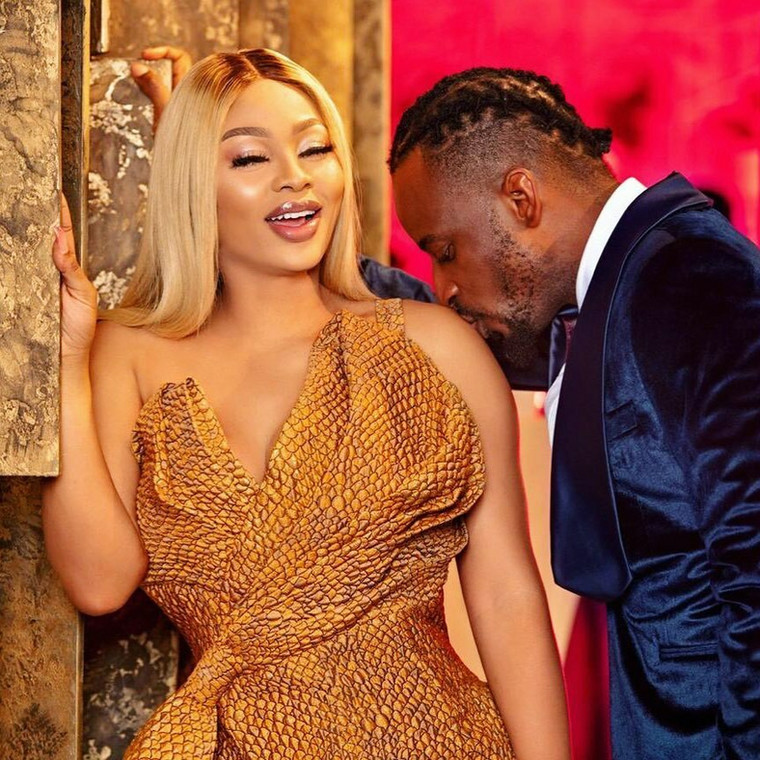 The two tied the knot in December 2019 in a very beautiful ceremony. Sunkanmi is unarguably one of the prettiest women on this list with an array of beautiful photos all over her Instagram page. 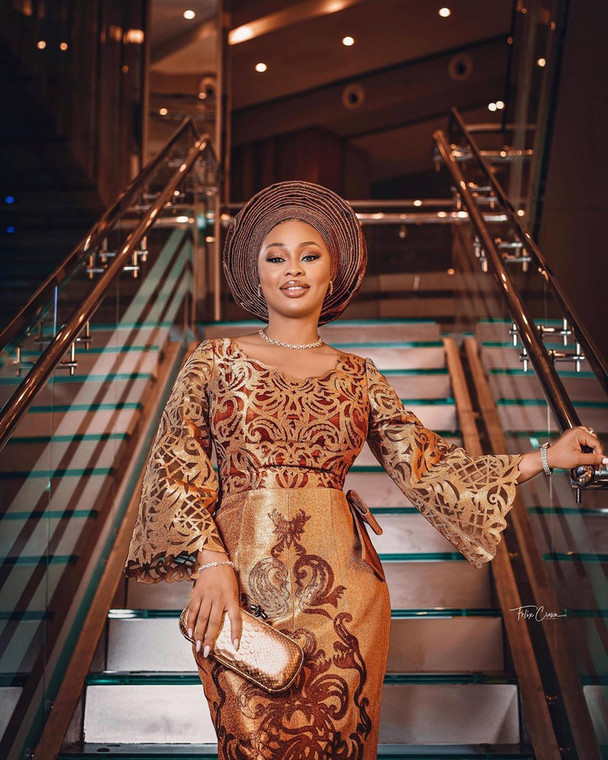 A visit to her Instagram page and it won’t take you long before you’d understand the nature of her business. She runs one of the biggest event planning businesses in Lagos which makes her not just a celebrity wife but a rich one at that. 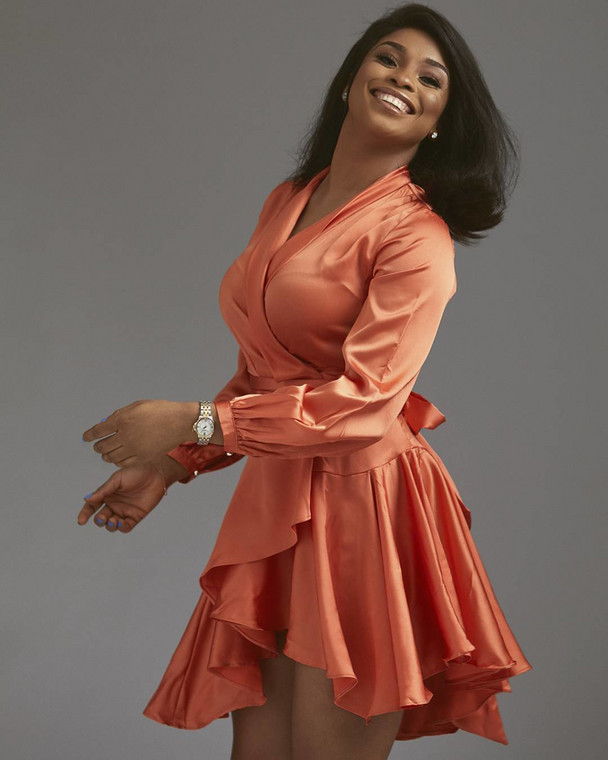 A new entrant into the celebrity wives club, Chidera Okeke is a beautiful, dark, elegant and physically fit wifey. 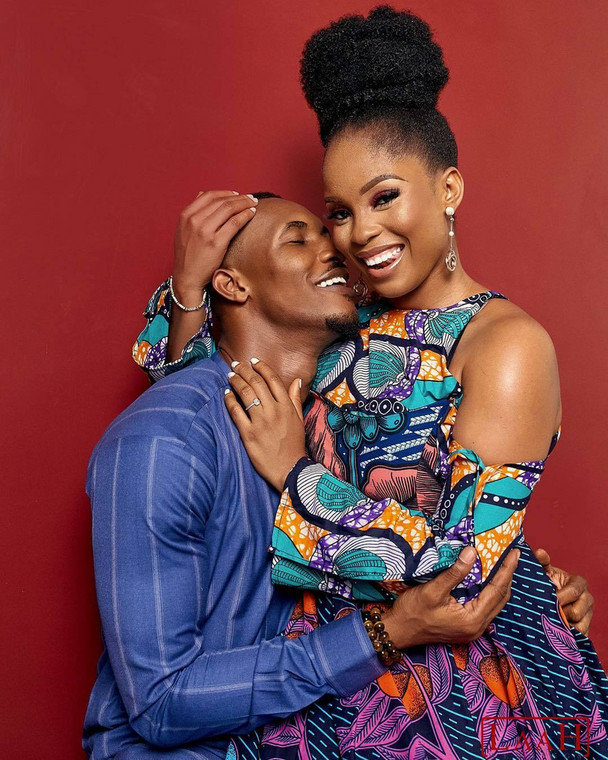 She is the wife to reality TV star turned actor, Gideon Okeke. The two got married back in 2019. They welcomed their first child together in the same year. 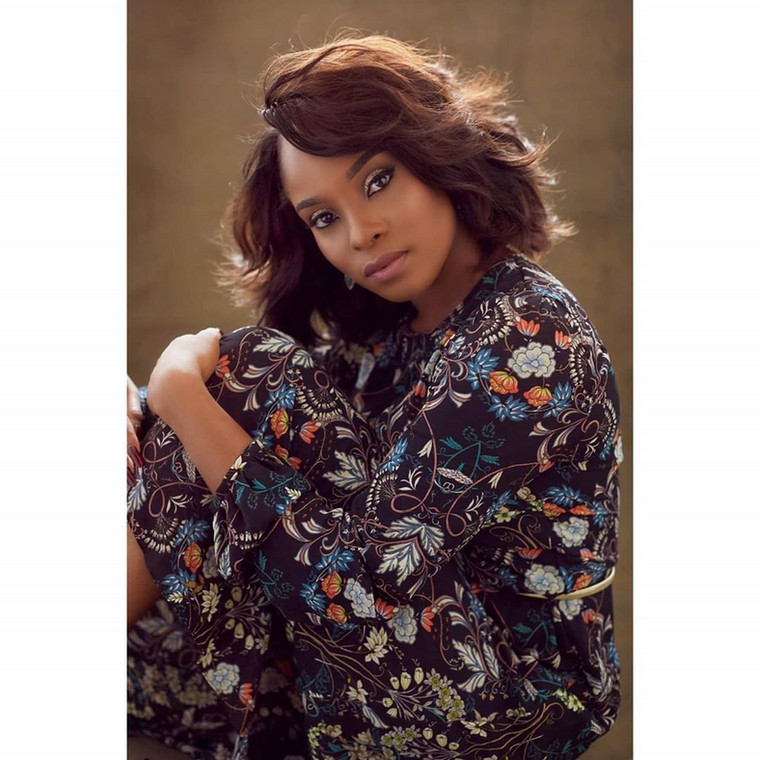 Chidera Okeke is the founder of a modelling management company. [Instagram/TheDeraDear]

Even though these guys have kept their family away from the prying eyes of the public, one can’t but admire how cute they are together. Chidera is the founder of a successful modelling management company.